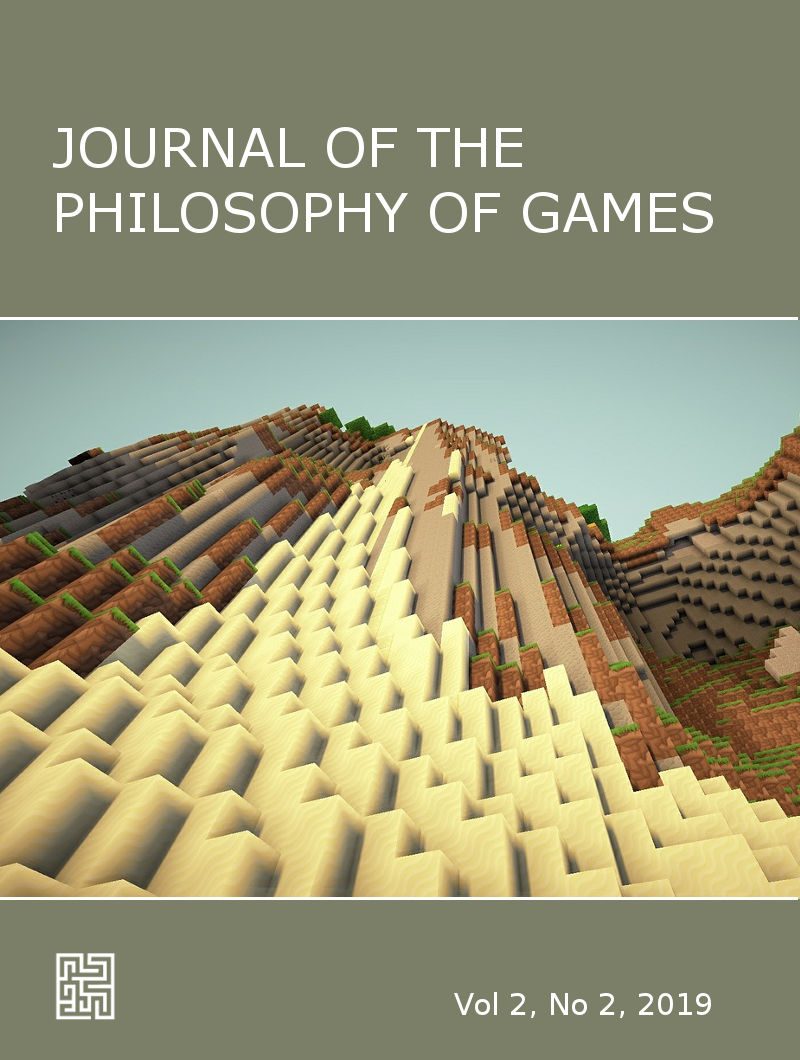 A new article is out in the online first section of Journal of the Philosophy of Games. It is written by Matthew Carlson and Logan Taylor. The abstract:

“Players of videogames describe their gameplay in the first person, e.g. “I took cover behind a barricade.” Such descriptions of gameplay experiences are commonplace, but also puzzling because players are actually just pushing buttons, not engaging in the activities described by their first-person reports. According to a view defended by Robson and Meskin (2016), which we call the fictional identity view, this puzzle is solved by claiming that the player is fictionally identical with the player character. Hence, on this view, if the player-character fictionally performs an action then, fictionally, the player performs that action. However, we argue that the fictional identity view does not make sense of players’ gameplay experiences and their descriptions of them. We develop an alternative account of the relationship between the player and player-character on which the player-character serves as the player’s fictional proxy, and argue that this account makes better sense of the nature of videogames as interactive fictions.”