We’re proud to announce the first Philosophy of Games Workshop in October 14th-15th, 2016, in fabulous Salt Lake City, Utah. The call for papers is below. Please submit!

Inaugural Workshop on the Philosophy of Games

Sponsored by Utah Valley University, the University of Utah, Westminster College and the American Society of Aesthetics 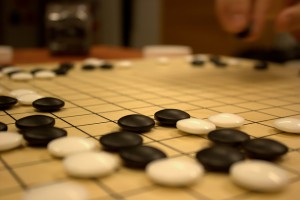 es are growing in cultural weight and importance. There are many philosophical questions that can and have been raised about games: What are games? What is their value? Can games be artworks, or possess aesthetic value? Are there ethical issues that arise with gameplay?

In the philosophical world, discussion of these topics has been split over several communities, which rarely speak to each other, including computer game studies, the philosophy of sport, and digital aesthetics. It is the belief of the conference organizers that these various conversational threads have tremendous relevance to one another, but have remained isolated from each other for sociological reasons. Though there have been conferences specifically on the philosophy of sports, of play, and of computer games, there have been no conferences that seek to address these topics in a unified manner. This workshop aims to unite the various strands of work on the philosophy of games. Furthermore, the workshop aims to unite the discussion of the many forms of games, including videogames, sports, board games, card games, role playing games, and more.

Possible topics to be addressed include, but are not limited to, the following:

-What is the ontological structure of a game? Is it to be identified with the rules of the game, the physical apparatus that supports it, or some larger social structure? In particular, are games such as sports ontologically similar to, or distinctive from, computer games?

-What is the definition of a “game”, and how does it relate to other closely allied concepts, such as “artwork”, “sport”, “play”, and “social contract”?

-What are the norms of game-play? Are there norms for good and bad play, above and beyond simply following the rules?

Submissions should not exceed 3000 words and be prepared for blind review.

The deadline for submissions is July 1, 2016. Please send your submission and any inquiries for further information to philosophyofgamesworkshop@gmail.com.  Notification of accepted submissions will be sent out by August 1.

With partial funding from the American Society for Aesthetics: http://aesthetics-online.org

Any views, findings, conclusions, or recommendations expressed in this conference do not necessarily represent those of the American Society for Aesthetics

Updates will be posted to: https://objectionable.net/philgames/