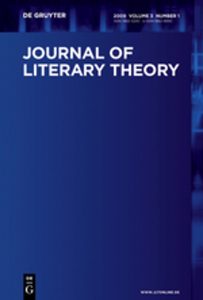 My article, “How Can We Be Moved to Shoot Zombies? A Paradox of Fictional Emotions and Actions in Interactive Fiction” is out in the Journal of Literary Theory. A post-print is also available here.

In this paper, I apply the paradox of fiction, or the problem that we are often emotionally moved by characters and events which we know don’t really exist, to interactive fictions such as videogames. I argue that videogames show that we can not only be made to feel paradoxical emotions towards fictitious characters or events, but that we can also be motivated to undertake actions towards them. As such, videogames introduce a paradox of interactive fiction, consisting of three premises that cannot be true at the same time:

I discuss two possible strategies to solve this paradox of interactive fiction. The first one, based on work by Espen Aarseth, is to deny that the game objects we can act on are fictional at all. The second one, based on Kendall Walton’s make-believe theory, is to claim that the actions we perform towards fictional game objects are not real actions, but fictional actions.