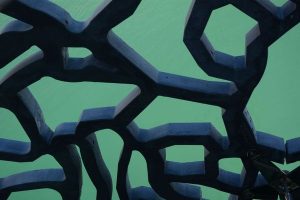 The connection between games and language is undeniable. From Wittgenstein’s language games, through Sellars’ rule base theory of meaning to Robert Brandom’s notion of scorekeeping and Jaroslav Peregrin’s analogies between chess and language. What is important, the relationship between games and language goes beyond mere analogies or examples, because both phenomena can be jointly studied as artificial rule systems which govern social behavior. This creates a need for a common platform for researchers of games and language. The aim of the workshop is to bring both academic communities together in order to exchange perspectives and broaden the overlap between both fields.

Applications to present should be made via the PhiLang submission process, with abstracts clearly marked ‘for PhilGame’. Details can be found on the conference home page.

Topics should explore the relation between games and language and could include:

– Games as rule based systems

– Language as rule based system

– Analysis of the concept of a “rule”

– Difference between notions of game “mechanics” and game “rules”

– The notion of “rule following”

– Normativity in games and language

Enquiries should be directed to the workshop organiser, Paweł Grabarczyk, IT University of Copenhagen: pagrab(at)gmail.com