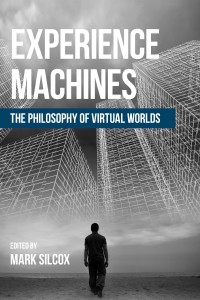 Mark Silcox is publishing an edited book with contributions that relate to Nozick’s experience machine argument as applied to virtual worlds. The book is highly relevant to the philosophy of computer games, and it has contributions from several members of the Game Philosophy Network. The ToC is available in the preview on the publishers site.   From the description:

“In his classic work Anarchy, State and Utopia, Robert Nozick asked his readers to imagine being permanently plugged into a ‘machine that would give you any experience you desired’. He speculated that, in spite of the many obvious attractions of such a prospect, most people would choose against passing the rest of their lives under the influence of this type of invention. Nozick thought (and many have since agreed) that this simple thought experiment had profound implications for how we think about ethics, political justice, and the significance of technology in our everyday lives.

Nozick’s argument was made in 1974, about a decade before the personal computer revolution in Europe and North America. Since then, opportunities for the citizens of industrialized societies to experience virtual worlds and simulated environments have multiplied to an extent that no philosopher could have predicted. The authors in this volume re-evaluate the merits of Nozick’s argument, and use it as a jumping–off point for the philosophical examination of subsequent developments in culture and technology, including a variety of experience-altering cybernetic technologies such as computer games, social media networks, HCI devices, and neuro-prostheses.”