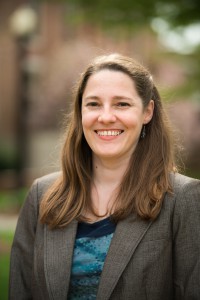 Monica Vilhauer’s research focuses on the philosophy of communication and dialogue. In her book Gadamer’s Ethics of Play: Hermeneutics and the Other (Lexington Books, 2010), she investigates how communicative understanding itself exists as a form of “play” between interlocutors, and what ethical conditions must be met so that a shared understanding, or shared meaning, may be achieved. She is currently pursuing questions regarding the body’s role in communication and the ways in which humans communicate with non-human beings (animals, nature, etc.). Vilhauer earned her Ph.D. from the New School for Social Research in New York in 2006, and earned tenure at Roanoke College in Virginia in 2012.

Dr. Johnny Hartz Søraker is Assistant Professor of Philosophy of technology at the Department of Philosophy, University of Twente. He defended his PhD cum laude at the same department, dealing mainly with the epistemology, ontology and ethics of virtual worlds, with a particular focus on their potential impact on personal well-being. Søraker’s main research interests and publications lie in the intersections between Information Technology (esp. virtual worlds and games), on the one hand and both theoretical and practical philosophy, on the other. He often grounds his work in psychological research, especially work in the field of Positive Psychology and is developing this toward a comprehensive methodology entitled “Prudential-Empirical Ethics of Technology (PEET)”. As a hobby project, he is also the host and producer of {SuchThatCast | Behind the philosophy}, which is a podcast consisting of informal conversations with inspiring philosophers.